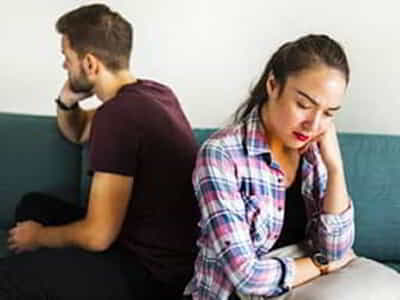 The Law Firm of Melendez & Bonilla is a team of experts that could help you with any civil partnership issues as public and legal opinion continues to evolve on the subject – in Costa Rica, and the world over. The Costa Rica Law does not recognize civil unions. There are varying legal and social perspectives on the issue. Catholics are a majority in Costa Rica. A positive view of civil unions is not easy to evolve. The Costa Rica Government too, is yet to develop laws favorable to civil unions in the country.

The Costa Rica Legislative Assembly is considering what legal view should be taken on the subject of same-sex marriages or civil unions. However, some amount of acceptance and public flexibility on the issue motivated the Costa Rica Government to go ahead with a Bill on civil unions. The Diversity Movement garnered a lot of public opinion on the subject in Costa Rica to force the Government to consider changes in the law. The Diversity Movement is a popular group of the gay community in the country.

The Bill gives more legal recognition and power to same sex couples in Costa Rica. However, the Supreme Court in Costa Rica has not ruled in favor of civil unions yet. The traditional Catholic influence is a strong reason for this.

A public opinion referendum on civil partnerships was conducted in 2010. The results were submitted to the Supreme Court with emphasis on rejecting all legal status for same sex marriages. However, the results were finally rejected. If the Bill is eventually enacted, it would grant civil unions almost similar privileges and rights as a marriage including inheritance, bereavement leave, and control over medical decisions. Though, the Bill does not cover adoption by gay couples.

Our lawyers are capable of understanding all civil union legalities and how far the law has evolved so far in handling such cases. We believe in giving our clients the most effective legal counsel, and ensuring the shortest time in litigation in all cases.

However, Costa Rica is known for being friendly to gay people. There are gay-only tourism destinations, bars, gay-friendly clubs, and restaurants. The opposition is mainly from the religious leaders and the traditionalists. The travel industry is developing with special focus on the gay community.

It is important that experts should be consulted for understanding the legal situation on any issue pertaining to civil partnerships. Our team at Law Firm of Melendez & Bonilla has decades of experience in interpreting all aspects of the Costa Rica Law.

We constantly update ourselves with the latest legislation and legal developments in the country. We are committed to providing our clients with the best counsel on civil unions and any other aspect of the Family Law in Costa Rica.

Our experts are only a call away. You could seek the best advice from us and an accurate interpretation of the law on civil unions in Costa Rica even if you are not directly involved in litigation.